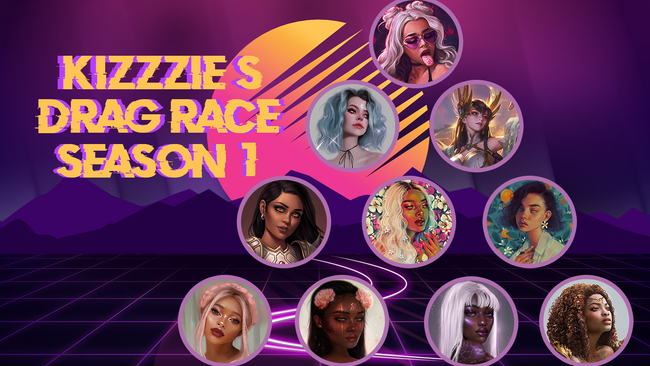 Kizzie's Drag Race (Season 1) is a fan made series created by MizKizzie. 10 queens compete for the title of "Kizzie's Next Drag Superstar", a 1-year supply of Anastasia Beverly Hills Cosmetics and a cash price of $100,000. The season was announced on November 20th, 2019, with the cast reveal on November 26th, 2019. The season premiered on November 29th, 2019.

On December 21st, 2019, Zoe was crowned the winner. Lia Belrose and Tati Moonstone were the runners-up. Hannah Bach won the title of Miss Congeniality.

Episode 1: "Back To Medieval"

Retrieved from "https://rupauls-parody-shows.fandom.com/wiki/Kizzie%27s_Drag_Race_(Season_1)?oldid=88827"
Community content is available under CC-BY-SA unless otherwise noted.